The Meaning Behind Black Jack...

My inspiration and role model, Jack McGetrick also known as "Black Jack", coached me at Bellarmine University located in Louisville, KY. I was part of Bellarmine's first NCAA Division I team. The man was a father to me during my years at Bellarmine. Through thick and thin, he was always someone I could look to for direction. On October 9th, 2010 Coach McGetrick passed away after his long battle with prostate cancer. He was an unbelievable athlete. Jack was a two sport All-American at Cortland University in soccer and lacrosse. Even at age 39, "Black Jack" won the Cape Cod Iron Man Triathalon in his age division 35-40.

Black Jack's nickname was bestowed upon him during his tenure at Hartford University. He told me how he took a program with only 2 to 3 total scholarships and turned them into a national contender upsetting top 10 ranked teams such as Towson (that year Towson had over 10 scholarships). During that magical 2000 season, not only did he upset Towson; but he also earned "Division I Coach of the Year" at Hartford.  The nickname was a byproduct of his willingness and ability to coach smaller, "lower tier" programs into teams that could compete and win against the larger and more established programs. He wanted to build programs from the ground up.

Black Jack meant a lot to me and I hope to carry on his name  and memory. His legacy is one that people should never forget. I hope that those of you who are new to our program will learn about Black Jack and what he meant. As is the case with all of those who make us who we are, may we never forget them for what they've done!

Thank you for contacting us! If needed, you will hear back within 48-72 hours. 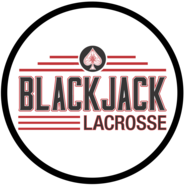